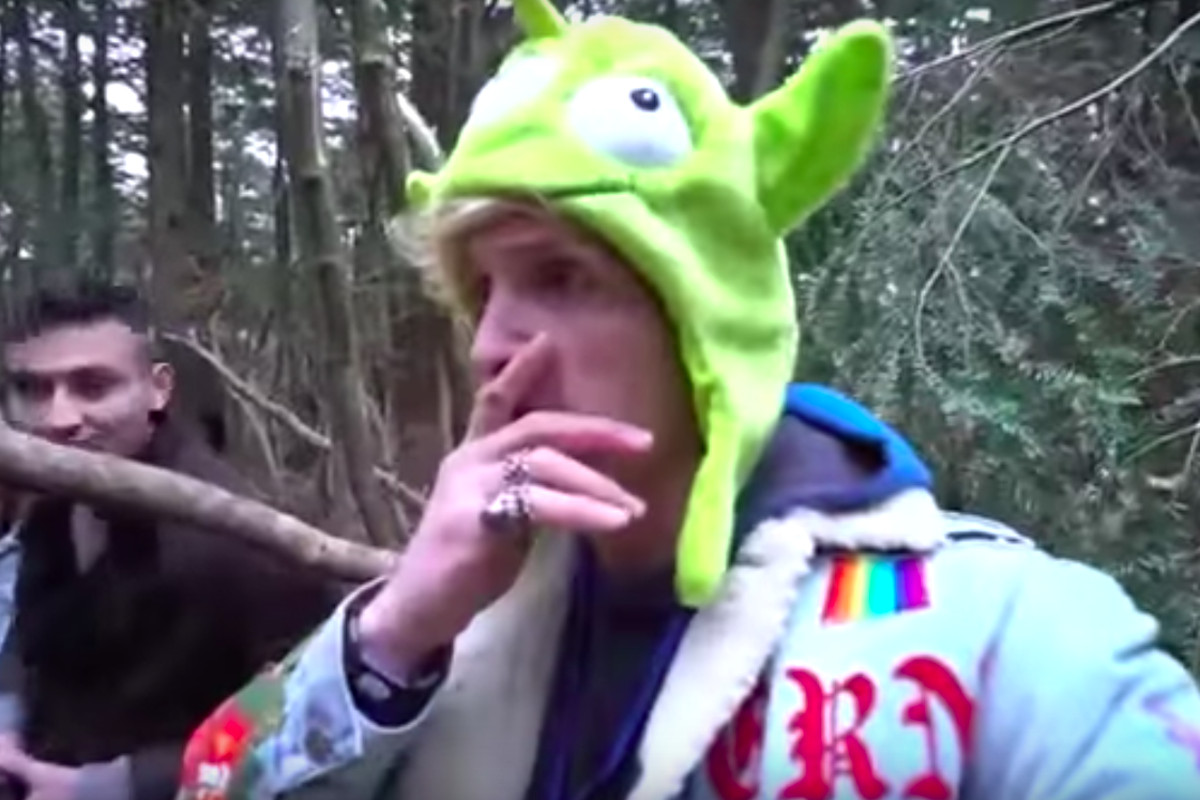 YouTuber Logan Paul has apologized after uploading a video showing the body of an apparent suicide victim in Japan’s Aokigahara forest. Paul was visiting the location, commonly known as the “suicide forest,” as part of a trip to Japan and filming it for his daily vlog. He’s since taken down the video and apologized for uploading it, claiming he was trying to raise awareness of suicide.

The video was uploaded under the title “We found a dead body in the Japanese Suicide Forest…” and starts with a viewer discretion warning to Paul’s 15 million-plus subscribers. Paul speaks to the camera in a somber tone, saying he hasn’t monetized the video with adverts and that “this is the most real vlog I’ve ever posted on this channel.” He then tells viewers: “With that said: buckle the fuck up, because you’re never gonna see a video like this again.”

In the vlog, Paul and his entourage are seen preparing to spend a night in the forest, showing off camping gear including “binoculars to see the ghosts” and “a football so we can have fun.” They troop into the woods, before the video cuts to footage of a body hanging from a rope under a tree, filmed at a distance. “Bro, did we just find a dead person in the suicide forest?” Paul asks.

The group’s guide phones the police while they approach the body, shouting “Yo, are you alive, are you fooling with us?” They film the apparent suicide victim up close, blurring his face but showing his hands, clothes, and abandoned bag. Paul then talks to the camera, saying: “Suicide is not a joke. Depression and mental illnesses are not a joke. We came here with an intent to focus on the haunted aspect of the forest. This just became very real.”

The group continue to stand around the body, filming one another’s reactions. Paul is seen struggling to suppress a laugh, saying “this was all going to be a joke, why did it become so real?” Back in the parking lot he films the emergency response crews, drinks sake, and says: “That’s the life, this daily vlog life. Guys, I said this in one of my first vlogs, I have chosen to entertain you guys every single day.”

Although the video wasn’t monetized and begins and ends with messages urging viewers with mental health problems to seek help, Paul has been accused of exploiting a person’s suicide. On social media, users called for YouTube to “take action” and ban his channel. Many pointed out that Paul’s fanbase is mainly made up of young children and teenagers, who may have been traumatized by the footage.

In his apology, Paul said he had faced a “monsoon of negativity” and that his intent with the video had been to “raise awareness for suicide and suicide prevention.” “I didn’t do it for views. I get views,” he wrote, stressing the popularity of his channel. “I’m often reminded of how big of a reach I truly have & with great power comes great responsiblity… for the first time in my life I’m regretful to say I handled that power incorrectly. It won’t happen again.”